Giant rock on the black sand beach in Iceland

Dyrholaey is a nature reserve in the south of Iceland. In the local reefs there are a number of birds nests. You can see them as they are floating over the sea and catch fish.  The coastline is covered in beautiful beaches with black lava sand. A short walk away on a grassy headland is this magnificent lighthouse.

The giant rock on the beach – impressive composition 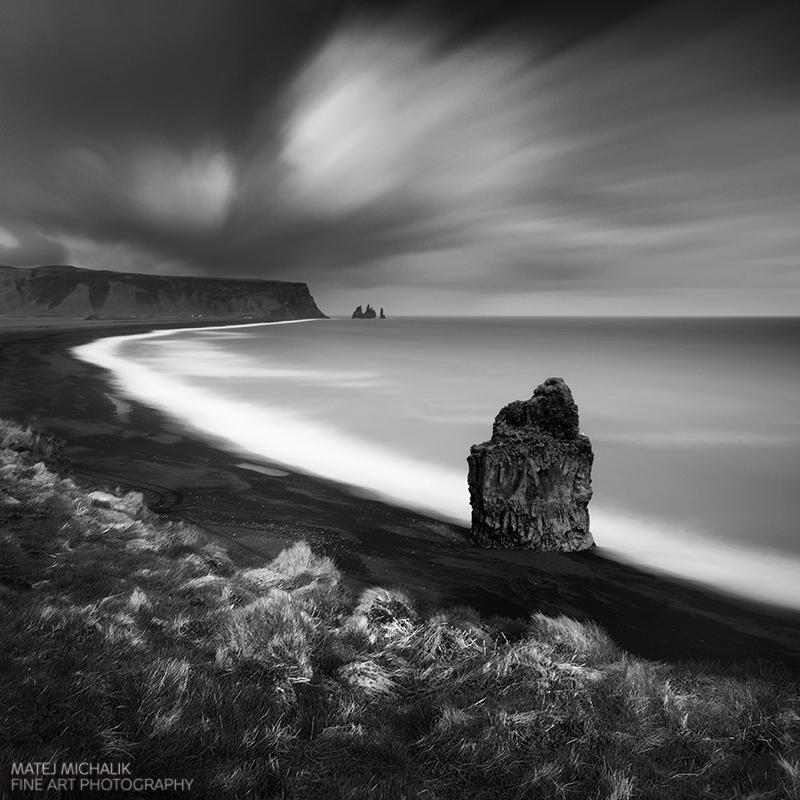 When you stand on a reef in Dyrholaey, towards Vik, there will be a wonderful view. This is one of the nicest views that I have seen in Iceland. On the beach is a gigantic rock which distorts its purity. This beach with volcanic sand was ranked among the 10 most beautiful beaches in the world in American magazine „Islands Magazine“ in 1991. On the horizon in the distance you can also see lava columns Reynisdrangar.

Be careful and do not go too close tho the edge

Be careful and do not go too close to the edge of the reef. You can often find the paths bounded by ropes in Iceland. These ropes should not be exceeded if you want to stay safe. Photographers will do almost anything for a good picture. However, Iceland is blowing extremely strong winds and it can easily happen that you blow over the edge of the reef.  To supervise the security, there are security guards – called rangers. I also crossed the rope of course, but I managed to shoot only two photos and a ranger was already with me and asked me to come back. Fortunately, the weather was perfect and the two pictures came out well.

If you would like to read more articles about nice spots Icelend, click here. You can also buy fine art prints of my pictures here.