The Sony World Photography Awards is the world’s biggest photography competition. Working across 54 countries, from Australia to Argentina, local juries were tasked to uncover and honour the best single image taken by a photographer from their country and my photo won third place in Slovakia. All images from all 54 National Awards will also be shown as part of the Sony World Photography Awards Exhibition at Somerset House, London from 24th April – 10th May. The first and second place for Slovakia can be seen here. 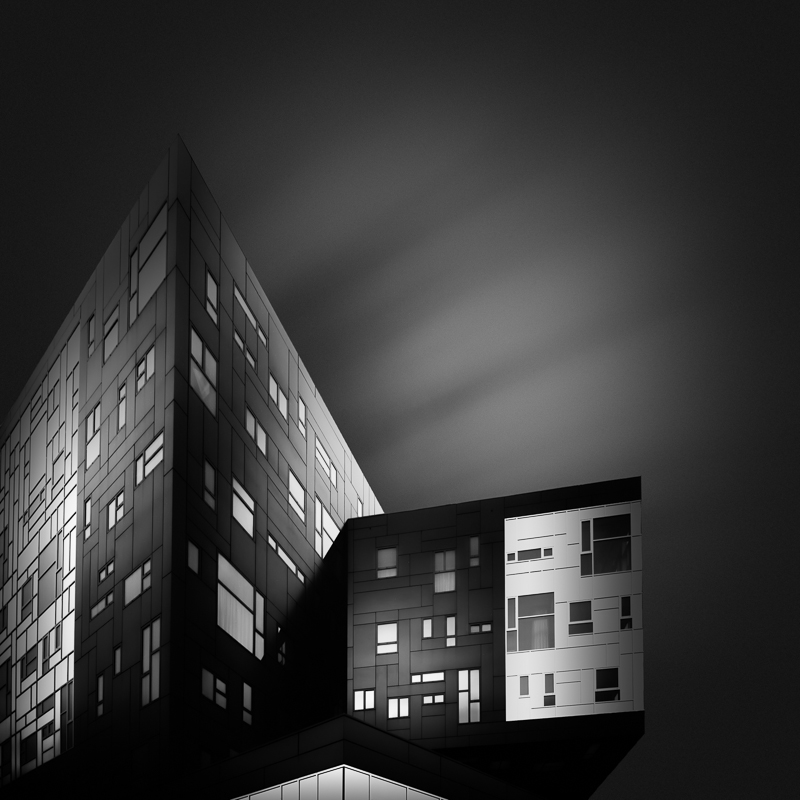 The picture was taken in the end of 2014 at Vienna University of Economics and Business. I generally use Long Exposure techniques when shooting architecture or landscape. Because of that I got a view at these beautiful lines that buildings offer from a different perspective. Neutral density filters helped me capture the movement of clouds and thus revived the shot. In postprocessing I also highlighted the contrast on the facade. Its structure is almost perfect for black and white photography.