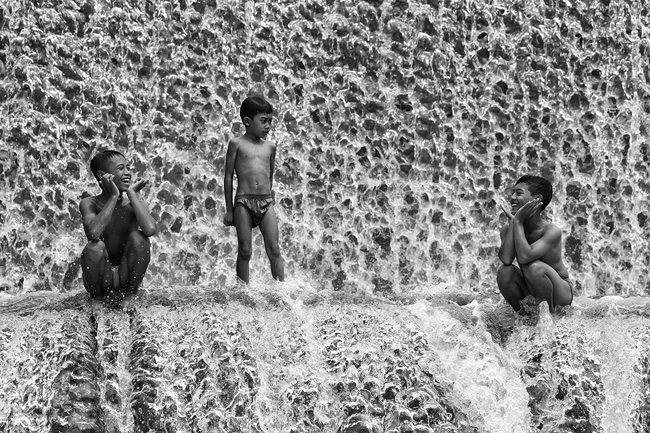 It looks like a waterfall, in fact it’s just the river Unda. Even with a local taxi-driver, it was really difficult to get here. When we finally came to this place, I didn’t see any children around. The locals told our driver that it’s Saturday and all the kids are still at school. Yes, Balinese children go to schol also on Saturdays! We managed to find at least one boy and we asked him to find someone who also “forgot” to go to schol today. We arranged the finances regarding his reward for shooting and shortly there were three of them. As I have already mentioned, it is a well-known place of local photographers, the boys didn’t need much explanation to know what I wanted them to do. I could start shooting right away! Just for your entertainment, we found out that the boys spent the money straightaway in a Playstation gameshop. 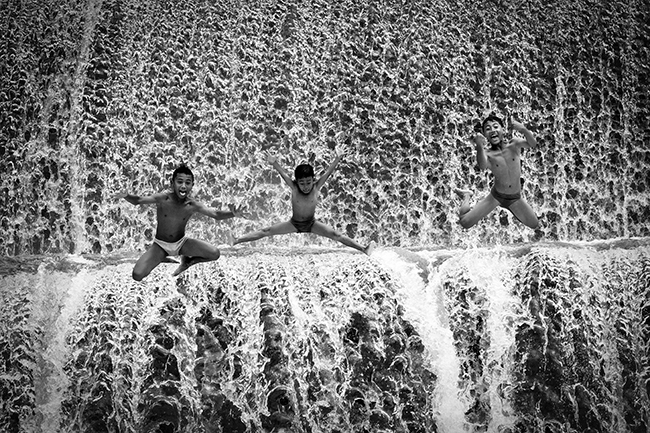 Sometimes we must take a risk for a good picture

The only problematic thing was how to get right in front of them. A photograph taken from the river bank wouldn’t be worth much, really. The only option here was to walk into the river. I had no idea how deep it was, it took me a moment to think whether to go for it or not. When it comes to a chance to take a good photo, the fear usually steps aside, which doesn‘t always pay off. I set the apperture for f11, then I raised the ISO to 800, so that I didn’t need to care about the settings anymore and at the same time be sure, that the shutter speed would be fast enough in order to freeze the move of the water which was my aim. The water was almost up to my shoulders at the spot where I took the photo. But now I can say to myself that it was worth taking that risk! More black and white photos from Bali are comming soon.